And Virtual Home of Asher Black® 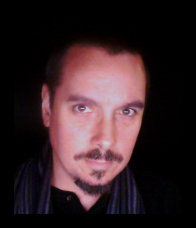 Asher is a fabulist living in Brooklyn. In daylight, he is a self-employed corporate storyteller, helping brands tell their stories and collaborating with corporate professionals to enact a narrative of abundance. When darkness falls, and even the long shadows are inevitably swallowed in black, he turns on the lights in Asher's Haunt™, shapes a fire on the hearth, and tells other stories—of pitiless men, and malice, and ordinary people who resist them. At various times, Asher is a maximist, raconteur, genre hacker, and literary performer.

Literary Chops And Other Projects

EDITING & PUBLISHING — Asher cut his teeth (his chops) as a young man—writing for and editing a school magazine, publishing poetry and various broadsheets, and performing impromptu on radio and stage. He was Managing Editor of The Green Man Review (one of the earliest full-production digital publications) for several years in its heyday and, following that, publisher of the digital magazine MYTHOLOG, 'Literature of Mythic Proportions', which operated from 2002-2007.

NIGHTLY CHOPS™ — In Jazz, chops are any individual artist’s demonstration of purely technical skill as part of a main act, after the main acts are done, or in the informal jazz (jam) sessions in various clubs (“he’s showing his chops, tonight”). In Spring 2012, Asher launched a project called Nightly Chops (30 stories in 30 days), focused not on technique but on translating deep-seated emotions into surface symbols, reaching and sustaining a critical mass of creative energy, and maintaining a consistent emotional rhythm. The resulting unedited drafts are the stories of Forest Park.

DAILY SPRINTS™ — In 2014, Asher adapted his Nightly Chops to business, creating a productivity technique called Daily Sprints which he still uses to master the artist's bane, namely the artifact of time. Putting it to test, he knocked out a 50K novel in 30 days for  NANOWRIMO, the 'Boston Marathon for fiction writing' and, in the same year, crossed genre and medium by writing two brief self-published business books that utilize horror fiction themes.

THE BLACK ACADEMY™ — In 2015, Asher founded the Black Academy of Story Telling, a virtual regimen of self-directed study of dramatic structure designed to prepare one to write novels. For his pivotal project, he began writing prototype novels, novellas, novelettes, and short stories to teach himself the craft.

BUSINESS AS ART — In 2016, Asher began working professionally with commercial enterprises to tell their stories—which is how he makes a living currently.

CONTINUOUS ART — In 2021, he took up the study of instrumental music, returned to a lifelong interest in martial arts with formal training, and began writing novel-form hard-boiled action lit and detective fiction, each of which he is still doing.

This Way to Forest Park

Pull stories by Asher Black® from the trees of Forest Park.